i’m not sure how it happened. it might of been these brownies…

it might just be that suddenly i get it…

whatever it is, i get it. i totally kind of get it. i thought cooking was relaxing, but baking my friends…i see why you do it. i see it now. it’s starting to make sense. real sense…so much so i just asked for this for mothers day!

i might have gotten the baking bug, but i still crave a great meal. a simple meal, and this is what accompanied a great chili we made the other night (recipe for that asap).

corn breads have always interested me. up here cornbread is sweet, kind of way to sweet for my liking. i think it takes on more of a cake consistency rather then a bread. i have not had much cornbread elsewhere but what i have had, much different. not a lot of sugar if any at all, crispier, made with bacon fat (which i adore, who doesn’t like bacon fat). i tried to combine both versions…i love the cake like texture but i also love some other recipes i have come across over the past couple years.

just weeks ago my friend jen gave me a recipe for this corn bread pudding. i immediately made it with some left over chili we had sitting in the freezer. it’s good. i mean, really good. it’s sweet, it has corn and best yet it was incredibly easy to make since it used boxed dry ingredients. the problem i ran into the other day, i grabbed the wrong box and instead of corn bread mix i ended up with blueberry muffins. not a problem i thought…i can figure this out.

did i re-create a box mix, no i think i did better. i kept it spice free since the chili i made was full of hot peppers. sour cream instead of buttermilk, there was creamed corn…don’t run away yet…i used a touch of maple sugar, and to top it off bacon fat. this is somewhere between a bread and a pudding but not mushy and full of flavor. 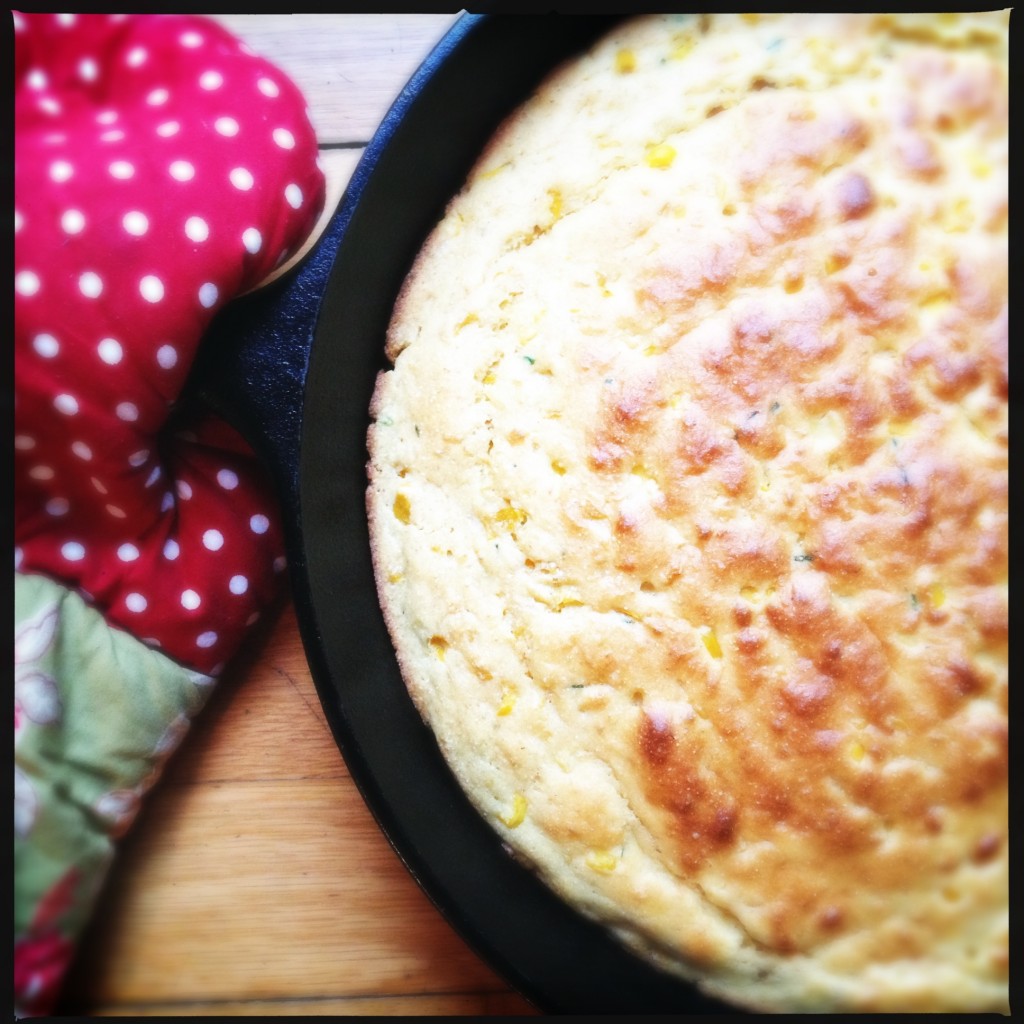