i’ve had bacon for the last 4 days…i might have a problem. a serious problem.

it all started on monday (that was my birthday). my favorite shop in town was serving braised bacon sandwiches which they called BLAC (bacon (which was braised), lettuce, savory apples and cheddar). so far this week i have had two and had to stop myself yesterday from   dashing to grab another. seriously, the craving was that bad. if it weren’t for company (no offense friend) i would of been there.

is that a serious question?

you can never have to much bacon. never. especially if you are me. or my friend sheri, she loves bacon too.

so what do i do with tons of bacon in my house and a craving that wont go away? you figure out how to make it yourself.

especially because i proclaim it date night and on date night you have to go a little crazy…and them make a fabulous dessert just because (wait to you see that!) 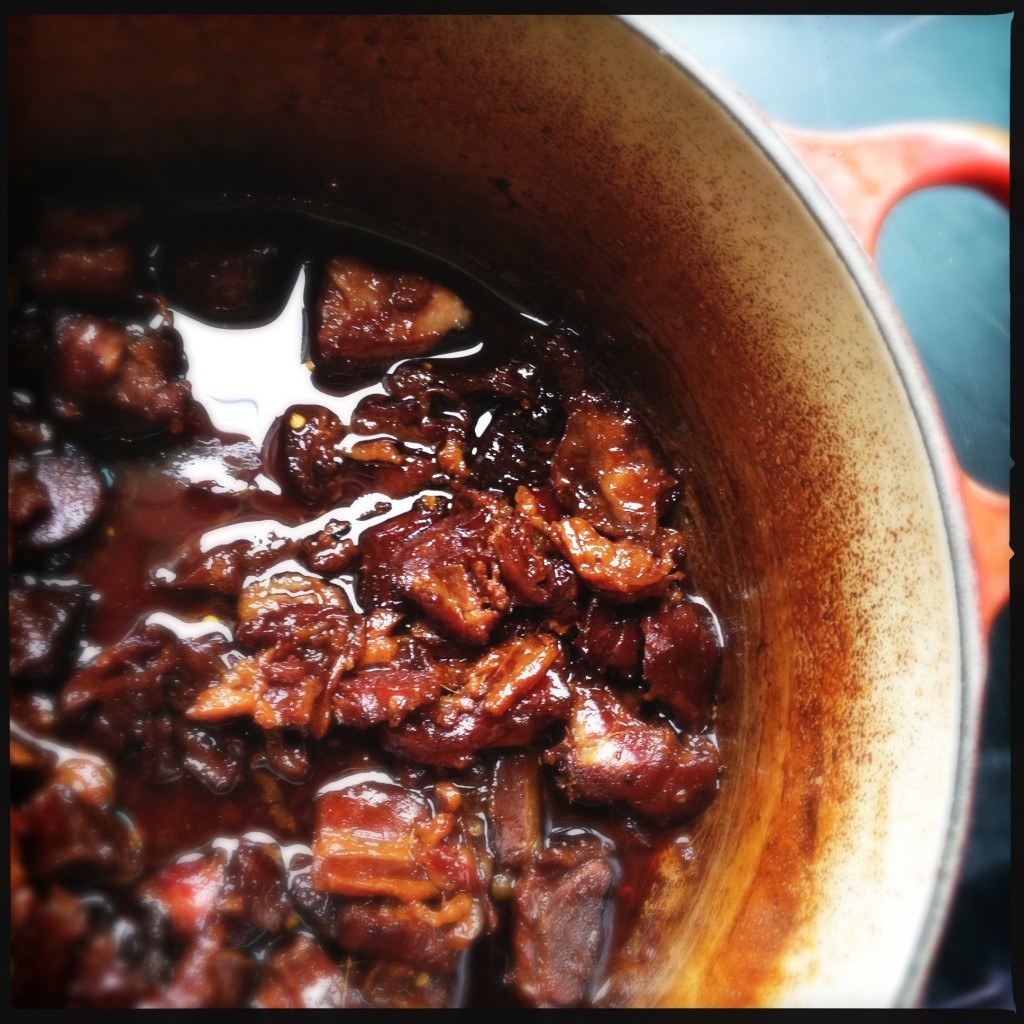 what you need: store bought steamed buns, because lets face it, i’m just not there yet. if you can’t find steamed buns naan would be an excellent choice (you can find it pre-made in most groceries now) or even pita bread. hey a tortilla would work too! some pickles…because i have to self promote, these would work. instead of making sticks, cut circles (i used mini cucumbers). 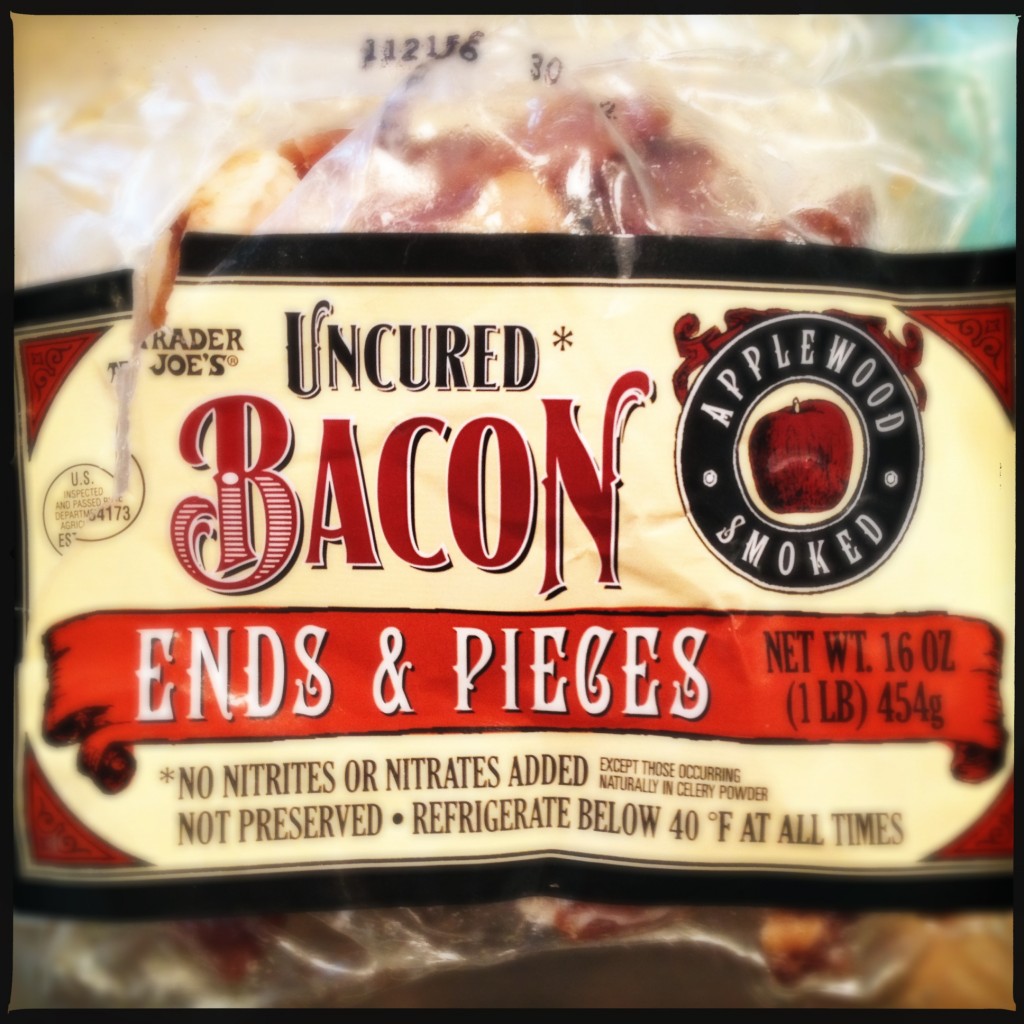 just a note: check out picture above, trader joe’s makes an excellent product called bacon ends and pieces. you can also ask your butcher for ends (if they sell bacon). I have also found bacon chunks like this at my local farmers market. they are not only great for this but great to use chopped up in sauces and salads. for the beer i used a brooklyn lager. 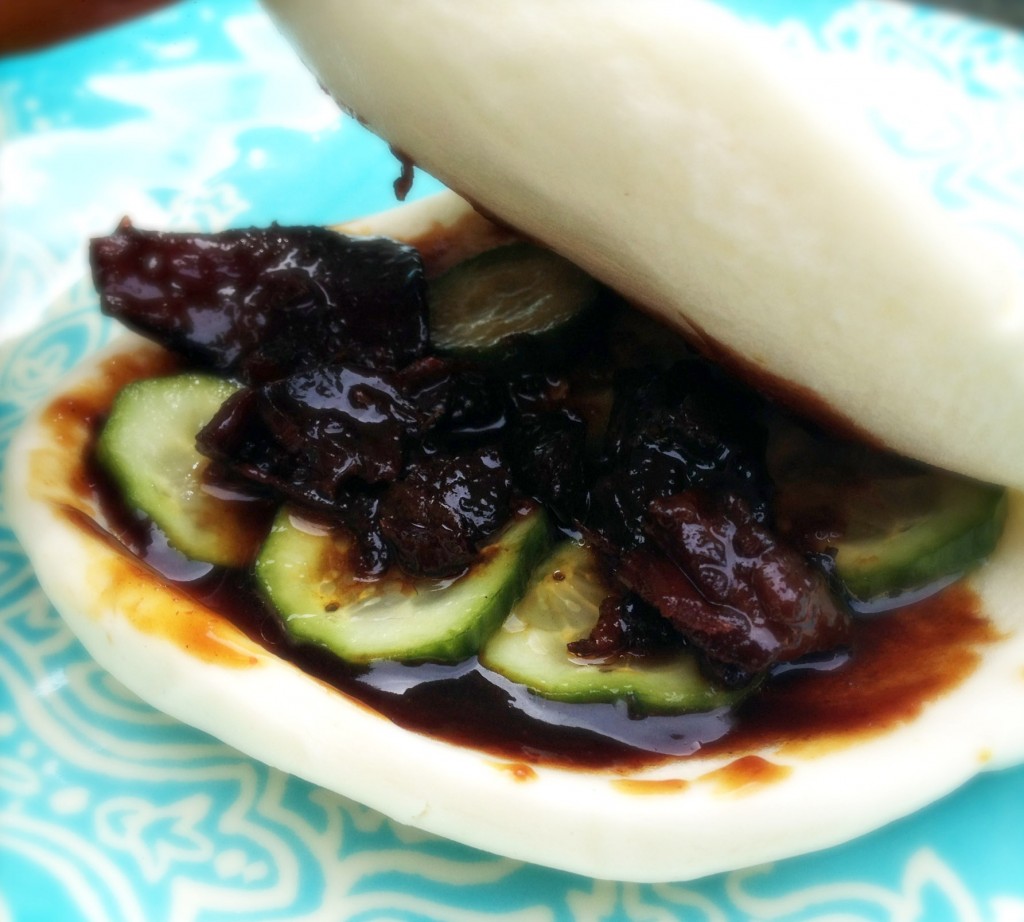 this is my braised bacon stuffed bun with pickled cucumbers and hoisin sauce. i think between me and the man, we polished off about 8 of these babies. no leftovers from this meal.