my favorite simple and easy pasta

By Meredith, May 20, 2013, In entrees, pasta, vegetarian
Home » entrees » my favorite simple and easy pasta

i won’t give you a ton of excuses but i do have valid excuses for my lack to posting (and cooking).

the terrible thing is that i have been so busy it’s prevented me from doing what i love, cooking and sharing.

i promised myself as soon as school is over, as soon as work calms down, as soon as i can breathe i am going to take some time for me. to cook. to shop at my farmers market. to do me and what i love.

in the meantime my daily meals have been easy to prepare. leftovers and whatever i can grab from the fridge and eat on the run.

this is one of my favorites. i can throw it together fast while the kids are running circles around me. it can sit on the counter while i’m putting them to bed. it’s easy to eat on the couch while i get that rare chance to sit and do nothing (it lasts about 5 minutes).

what is one of your favorite go to meals that’s easy to throw together? 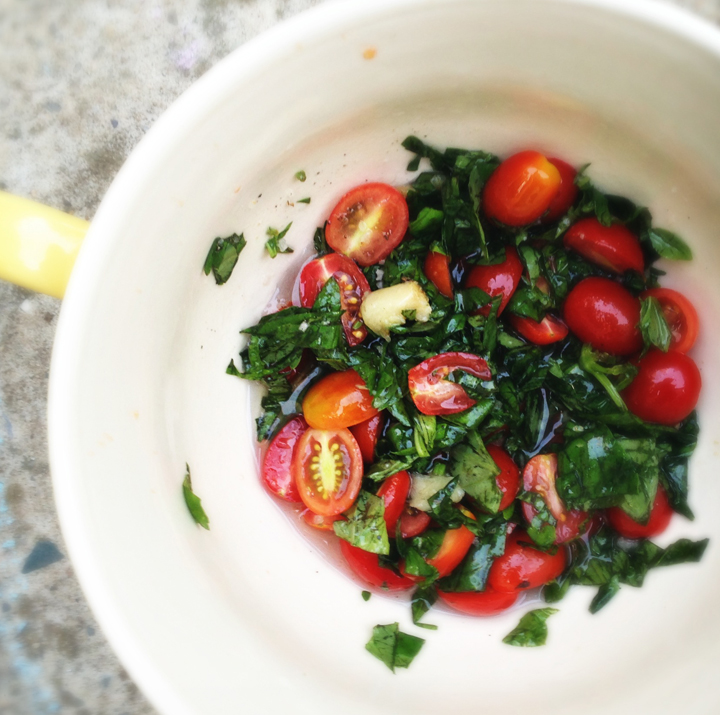 there are different versions of this popular pasta dish everywhere. jamie oliver has one and i have seen a couple on food network.

sometimes for some extra spice i add chili peppers or even just red pepper flakes if i have nothing fresh handy.

One Comment on "my favorite simple and easy pasta"