it’s unbelievable how quickly this time of year comes. it’s the first days of school, fall sports, birthday party invites start showing up again in back packs and the jewish holidays are around the corner.

i secretly started to plan a few weeks ago. the phone calls have started. where are you going this year? are you cooking? can you email me the recipe for that…and then the cookbooks come out. the traditional family recipes make an appearance. the phone calls start again because even though grandma’s recipe says one thing she really meant another and no one remembers.

my motto for holiday meals is, if you can’t make it ahead of time don’t bother. i freeze, i prepare ahead, everything is ready to go when we return from temple, including this…a simple starter that will keep everyone happy, everyone talking and everyone out of my kitchen (you know what i’m saying right?). 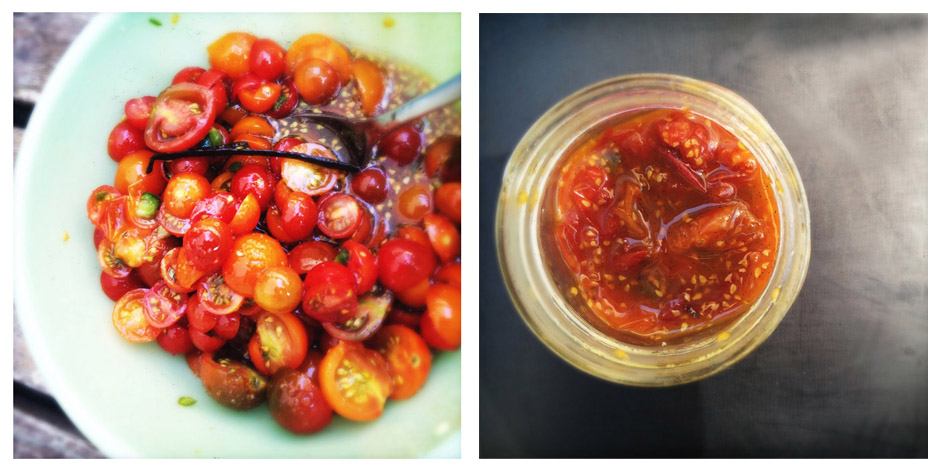 smear it on a sliced toasted bread. top it with feta or goat cheese. chop up some of those jalapenos and sprinkle them to add a little crunch. 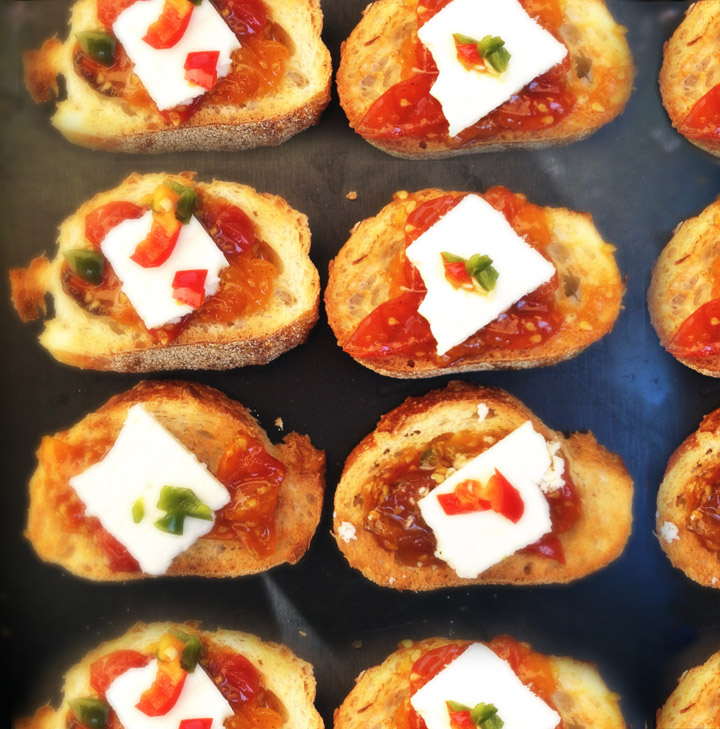 it’s definitely something different, something that you didn’t see on grandma’s table, something modern with a twist.

so…have you started cooking for the holidays yet?

this recipe is adapted from saveur magazine. every so often i find a recipe that i can follow, that is, if you don’t count the jalapeno that i added or that i didn’t have lemon juice.

here’s a helpful update…when running out of time earlier in the month while making this i decided to throw everything but the pectin in a sauté pan. i cooked the tomatoes till they popped and the mixture became saucy…about 10 minutes. i added the pectin and cooked for another 2 minutes till mixture thickened. i took the pot off the heat and let it cool to room tempetature. when cooled, i spooned into a jar and refrigerated 6 hours before i dug into and made a sandwich with. i did not notice a difference in taste, and to be honest, it saved me about a a half an hour.